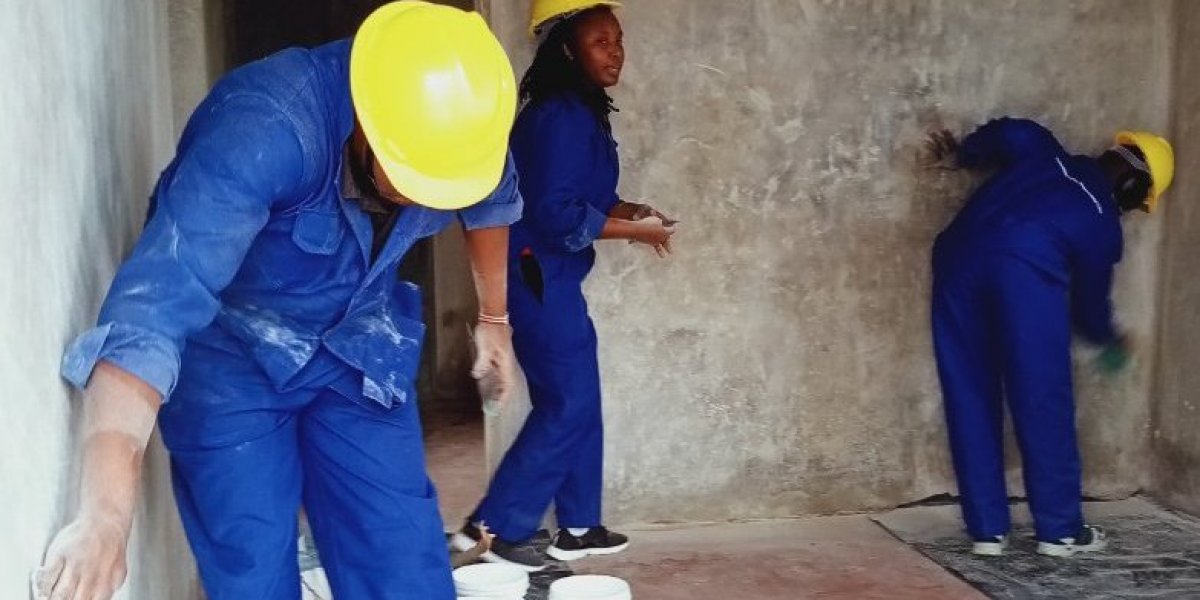 A build activity with a difference! P&G staff paint two houses in Machakos

On the 23rd April staff members of P&G joined hands to participate in a build for the low-income and vulnerable populations in Machakos. Unlike the many builds we have had previously involving construction, this particular one was all about house painting.

The team of about 11 staff arrived around mid-morning ready for the task ahead of them. They had some time for introduction and interaction with the beneficiary families, were taken through safety regulations and orientation by HFH Kenya staff before they embarked on the actual paint work.

With the guidance of a skilled painter the P&G staff were able to do the first coat for the two houses constructed in Machakos for low-income and vulnerable families to commemorate HFH Kenya’s 40th anniversary.

The P&G staff split into two teams and each team was assigned a house to work on. Beginning from scrubbing the walls with sand paper to make them smooth, ready for painting and then doing the actual painting.  Every team member was assigned a role with proper coordination to ensure the task is completed successfully. When the walls were ready for painting, they mixed the paint with the assistance of the professional painter who was guiding the entire process. They did the painting enjoying every single moment as they joked among themselves and listened to music on the background.

“This was a great opportunity for our staff, taking a break from their normal work to give back to the society. It had taken long before we had employee engagement and this was a perfect opportunity for our team. It was also a good activity on the corporate level for our staff members to see other activities the organization engages in outside the normal duties” says Joyce Kariuki, P& G Government and Programmes Leader East Africa.

P&G has been a long-term partner of HFH Kenya supporting programmes for the orphans and vulnerable groups in Laikipia. The staff participated in the build activity which is part of “sweat equity’’ contributing labor for the construction work.

According to Edwin Ngotho P&G Sales manager who was part of the team and coordinated the event, the activity was very good, and the staff members had fun. “The task was not so hard neither was it so simple, but it opened the eyes of our staff members to the reality of housing needs and enabled them to meet people who are experiencing the housing challenge’’ adds Edwin.

A few of Edwin’s friends outside P&G who learnt about the activity are willing to come together for one build in the near future. “When I saw the homeowners happy, I was touched and wouldn’t mind taking part in another similar activity’’ adds Edwin.

The two houses painted by P&G staff are among the 40 houses to be constructed this year as Habitat for Humanity Kenya celebrates 40th anniversary of its operations in Kenya. HFH Kenya is reaching out to individuals and corporate organizations to support the construction work of 40 houses for low-income and vulnerable families. The local volunteer engagements allow individuals and corporate organization to support the housing programme through donations or sweat equity. 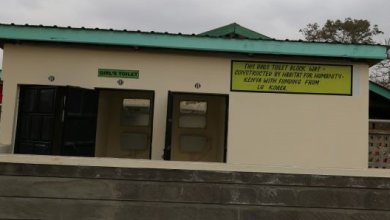